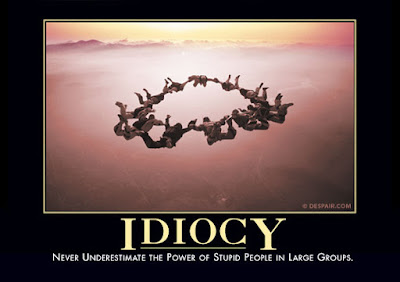 The "Mouseland" fable originally was written in the 1940's by Clarence Gillis, and then later narrated by the late Tommy Douglas and subsequently made into a slide show presentation.

It was in the late 1960's when I first saw a film of the slide show version, when I was a political science undergraduate student at Frostburg State College in Western Maryland.

It since then has been remade into an animated video version.

Regardless of the politics and Canadian nationality of Tommy Douglas, Mouseland's message rises above fractious and feckless political partisanship, both then and now, with a cry for each and every one of us to stand up and be responsible for our own personal accountability and empowerment.

Click here to watch the video, and decide for yourself if these principles make as much sense to you as they do for me.

Also, pass this along to all of your friends, family, and associates by clicking on the envelope icon at the end of this entry. Even better: Ask them all to go and do likewise!

Regardless of where you live, do your part to support the quest for "Jobs & Prosperity", "Personal Liberty & Family Values", and "Returning Government Back to the People".


Until then, may God bless you all real good!

Working together to Stay Independent,


Postscript: Visit the other posts on this website and also www.facebook.com/LarryDKump for more of this about that!

Addendum: Send your contributions for my election to:

Email ThisBlogThis!Share to TwitterShare to FacebookShare to Pinterest
Labels: videos

The Genesis of West Virginia

God was nowhere to be seen for six days.

Finally, Michael, the Archangel, found him resting on the seventh day.

Michael asked God, "Where have you been?".

God smiled with deep satisfaction and pointed downward through the clouds, saying, "Michael, look what I created!".

Puzzled, Michael asked, "What is it?".

God then explained, pointing out the different areas of Earth.

"For example, this area is a place of great forests, but this other area is covered with rocky mountains. Over there is a region of many lakes and streams, but over here is a broad grassland.".

He continued, "This area is hot and humid, but over here it is cold and covered with ice.".

Michael, impressed with God's handiwork, then pointed to one particular spot and said, "What about that area?".

"That's West Virginia, the most glorious spot on earth. There are beautiful mountains, rivers and streams, lakes, forests, hills, and plains. The people I've placed there are good looking, modest, intelligent, and humorous. They are sociable, hard-working, high achievers, peaceable, and producers of good things.".

Gasping in awe and wonder, Michael then asked, But what about balance? You said that there would be balance.".

God ruefully smiled and explained, "Over there, just East of West Virginia is Washington, D.C.. Wait until you see those people and that place!".

For information about good governance issues, take a moment to visit www.facebook.com/LarryDKump, and ask others to go and do likewise.
Posted by Larry D Kump at 9:18 AM No comments: 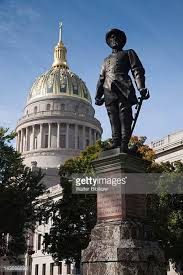 Here are just a few fascinating facts about West Virginia:

*The West Virginia “State Fruit” is not our elected public officials. It is the Golden Delicious Apple.

*The Grandparents of famous frontiersman and hero of the Alamo, Davy Crockett, lived in Spring Mills (Berkeley County). Their home still stands, just a few scant miles from my home in Falling Waters.

*“Pepperoni Rolls” were created by West Virginia coal miners, as a handy meal to take with them into the depths of coal mines. West Virginia Delegate Joshua Nelson authored a resolution naming pepperoni rolls as the official West Virginia State Food in the 2013 session of the West Virginia Legislature.

Please share this message with others, asking them to also go and do likewise!

And may God bless you all real good!
Posted by Larry D Kump at 12:01 PM No comments: 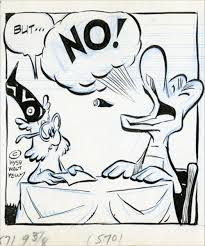 Tax his land.
Tax his bed.
Tax the table
at which he's fed.

Tax his tractor.
Tax his mule.
Teach him taxes
are the rule.

Tax his work.
Tax his pay.
He works for
peanuts anyway.

Tax his cow.
Tax his goat.
Tax his pants,
and tax his coat.

Tax his ties.
Tax his shirt.
Tax his work,
and tax his dirt.

Tax his body.
Tax his brain.
Tax his air, and
tax his rain.

Tax his water.
Tax his bath.
Take it all.
Take all he hath.

Tax his tobacco.
Tax his drink.
Tax him if he
tries to think.

Tax his wine.
Tax his beers.
If he cries,
then tax his tears.

Tax his car.
Tax his fuel.
Make him feel like
such a tool.

When he screams,
tax him more.
Tax him 'till
he's good and sore.

Tax his coffin.
Tax his grave.
Tax the sod in
which he's laid.

Put these words
upon his tomb,
"Taxes drove me
to my doom!".

When he's gone,
do not relax.
Because then it's time
for inheritance tax!

If you also believe that our government budget tax burden on us is big enough, then support and send your election contribution, whether modest or magnanimous, to:

Please share this message with others,  asking them to go and do likewise, and may God bless you real good!

My wife Cheryl is a "Hottie"! 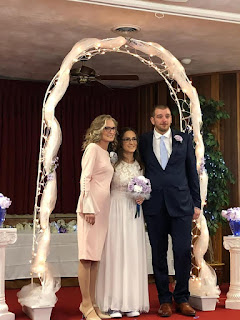 Christine and Adam are both resplendent as well as radiant, but the "hottie" is those wedding photos is my gorgeous and beloved wife Cheryl. 😍
Cheryl has been telephoning me several times every day while she has been in Cleveland, and she is so excited and happy on behalf of Christine and Adam. 🤗
Cheryl also was pleased to see her other three daughters once more at Christine's and Adam's wedding. 😍
Even so, Cheryl, it's now time for you to come home to me and Bodacious Bob, the Wonder Dog.🤔
I lived alone for many years, prior to marrying Cheryl, but this past weekend was the first time, since our marriage on August 11th, 2018, that I've been here at our Falling Waters, West Virginia home alone. I thought it would be a treat or even a nice vacation for me to once again have some cherished private time during this past weekend. However, within less than an hour after Cheryl departed from our home last Friday morning, our home suddenly seemed so empty and I quickly became very lonely and sad.😢
So, Cheryl, drive home to me as fast as you can, and don't heed the speed limits. 😮
www.Mormon.org/Me/4Y8B
Posted by Larry D Kump at 9:17 AM No comments: