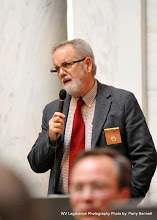 He also has over forty years of prior legislative and public administration skills and experience.

These skills and experience includes management expertise in managing large budgets and meeting payrolls. This expertise is on both the management and employees' side of the table in multiple jurisdictions throughout our nation. He also has drafted and gotten legislation passed into law, often against formidable opposition.

Larry is no stranger to hard work. He began work at age twelve (managing two newspaper routes at the same time), worked at a local shoe store at age 16 (every day after school and on Saturdays), and then continued working at a number of full and part-time jobs to pay for his college tuition. He even found time to be a local radio personality.

This grateful husband of his beloved and bodacious wife Cheryl and proud father of David & Sarah graduated from Frostburg State University with a Political & Social Science Majors and Minors in Economics, Geography, & Philosophy. Since then he has received an alumni achievement award. He later also returned to Hagerstown Community College to receive an Associate's degree, which included a concentration  in Criminal Justice & Business Administration. The community college has given him a community citation award.

He worked in bank management, trained as a CPA, was the Legislative Aide for the Pennsylvania Senate Republican Leader, and even was accepted as a candidate for MENSA membership.

This grass roots leader and Constitutional scholar then went on to be a Labor Relations Specialist for the Maryland Classified Employees Association (MCEA), an independent public employee advocate organization.

He also previously served as Regional President of the Assembly of Governmental Employees (AGE), overseeing public policy advocacy issues from Illinois to West Virginia, and received various additional awards for his public service.

His other activities included serving as a leader of the Foundation for Advancement for Industrial research (FAIR), the American Society for Public Administration (ASPA), and many other public service organization, as well as serving as an arbitrator for the Better Business Bureau and the American Arbitration Association.

Moving to West Virginia in 1989, he graduated at the top of his class from the Maryland Correctional Professional Staff Academy as a Maryland Prison Case Manager and then  continued to serve as a court expert witness, employee training coordinator, cognitive development trainer, employee critical incident stress counselor, and certified mediator.

He also worked part-time during the evenings as a sex offender group therapy facilitator.

In 1991, he also successfully organized a coalition of Berkeley County neighbors to block plans for sewage effluent discharge across their privately owned properties by an out-of-state developer.

After witnessing the overwhelmed facilities and woefully inadequate parking at the local Falling Waters Post Office, he contacted and persuaded the national postal authorities to build a new Post Office in 1993.

A cancer survivor, this independent thinker and advocate of citizen empowerment also is an ordained minister within the Hedgesville Ward (congregation) of The Church of Jesus Christ of Latter-day Saints (LDS Church).

Gravely concerned about those who are elected to represent us, Larry continually reminds friends and associates that our government belongs solely to the citizens, and that too many forget that one of the major sources of our "American Excellence simply is our Constitution and our citizens.

Please visit the other posts on this website and also www.LarryKump.com for more about his views on the issues.

Meanwhile and for sure and for certain, may God bless you all real good!
Posted by Larry D Kump at 11:50 AM