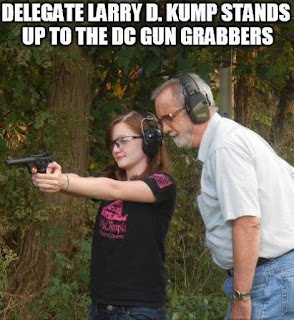 
The pledge comes in response to yesterday’s announcement by two Democrat delegates, who announced they intend to introduce gun control legislation in the state Legislature.


“The recognition and protection of the most basic natural right – the right of self-defense – is enshrined in the Second Amendment of the United States Constitution and in Article III, Section 22 of the Constitution of West Virginia,” the delegates said.


“We will not abandon these guarantees of individual liberty in the pursuit of hollow ‘solutions’ that will not solve the current issue, much less guarantee freedom to the generations that will follow us.


“Legislators calling for ‘red flag’ laws are preying upon the fear generated by the actions of madmen that would carry out their acts regardless of any laws this State would enact. What is clear to us is the breakdown of the family will not be overcome by well-intentioned but misplaced legislation that does nothing to solve the core issues that lead to these tragedies.


“The call for ‘red flag’ laws denies the real problem and attacks honest, law-abiding citizens. West Virginia has a large veteran population that cannot be discouraged from seeking help by laws that would disproportionately strip them of the rights they have sacrificed so much to defend. We stand firm in our convictions to defend our constitutional rights and uphold the freedoms of all the people of West Virginia.


“While we will join in thoughtful consideration of any serious proposals to combat the evil acts plaguing our nation, we will remember Benjamin Franklin’s solemn warning that ‘Those who would give up essential Liberty, to purchase a little temporary Safety, deserve neither Liberty nor Safety.’” 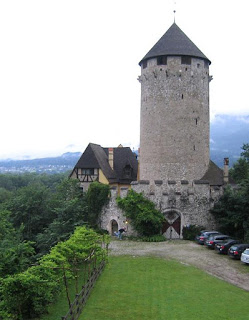 The Kump Family Castle, ”Schloss Matzen”, in Austria (no foolin’!)

There simply is no truth to the rumor that there is a Duchy of Kumpsylvania in Austria. There’s simply just no “Mouse that Roared” there.

More about “Schloss Matzen”: One of Europe’s most romantic medieval castles, lies high in the Austrian Tyrol, where the air is crisp and clean. The location is Reith im Alpbachtal, in the Tyrolean Alps of western Austria, approximately 30 miles/50 km northeast of Innsbruck, about a 90 minute drive or train from Munich or Salzburg (it is less than 5 minutes drive from the nearest train station and Autobahn exit). The castle was first referred to in 1167 and has been privately owned ever since. It’s history also includes highlights such as its Baroque chapel being twice consecrated by bishops who would go on to become Pope. Teddy Roosevelt also visited it at the turn of the century, as a hunting companion of the former owner. The size of the building is approx. 20,000 square feet, including the 6 story tower, on a 2.4 hectare (approx. 6 acre) lot, half-surrounded by an Austrian nationally-protected public park. There are approximately 60 rooms, depending on how you count rooms (there are several long, arcade passageways), including 12 guest rooms appointed with antique furnishing and private bathrooms with modern heating, plumbing and electricity. It is connected to the local sewer system and has its own private spring water supply
Posted by Larry D Kump at 10:06 PM No comments: