Do You Own Your Own Blood?

Kump's proposal would require that that law enforcement officers obtain a court warrant, through due process, before they can remove a citizen from their car, drive them to a hospital and force them to undergo a blood test or immediately lose their driving privileges.

House Bill 2513, which was passed in the 2013 session of the West Virginia House of Delegates and signed into law by the Governor does just that.

Delegate Kump voted against it.

“We are a nation of laws, and the Constitution is the highest law of the land. Until a warrant is obtained, the citizens of West Virginia have Constitutional protection of their person, property and possessions, and if your blood is not your possession, I don't know what is." said Delegate Kump.

"No one wants people to drive drunk or drugged", continued Kump, “However the Constitution is clear. A very similar law in Missouri was judged unconstitutional by the Supreme Court earlier this year, as it is a clear violation of the 4th Amendment."
Posted by Larry D Kump at 4:38 PM No comments:

The following was written by a Morgan County concerned citizen and shared with his permission:

While there are serious problems with our healthcare system, the "Affordable Care Act" (ACA) is not the solution. Republicans are correct to oppose it. I served several years on the State Board of our professional insurance association. We learned that, in working with the Legislature, you can't merely oppose legislation. You must offer a possible solution. The Romney campaign's failure to do so was costly.

Permit me to outline some ideas that could help address the issues of cost and also
help the involuntarily uninsured.

Allow individuals to deduct insurance premiums on their tax returns.

Allow a person to keep their health care policy when they move from one state to another.

Allow a person who loses group benefits to have an individual policy with the insurer covering the group. Allow alternative benefits that a person losing a job can afford, rather than just the same and temporary benefits under COBRA.

We need tort reform, not tort elimination. Limit malpractice lawsuits. Establish medical courts. The medical community needs to do much more to police their profession regarding malpractice.

Strengthen Medical Savings accounts so that the insured has a stake in the cost of their care. Consumers need to be able to shop for health care and know the costs of what different providers offer. Note the effects in the laser eye surgery market.

Have pre-existing open enrollment periods, as offered by Medicare, rather than enrollment after the event, like the ACA allows.

Withdraw mandatory free care in hospital emergency rooms for non life threatening situations. This is the biggest and costliest abuse.

Allow insurance companies to offer a variety of programs for consumers to choose, not just coverage mandated by the government (such as maternity coverage). Competition drives down prices. Provide liability protection for insurance companies and agents regarding consumers who claim ignorance after signing state approved contracts. Consumers must be responsible for their decisions.

Open subsidized clinics for the poor and those on Medicaid. Give Medicaid folks spending accounts so that they are responsible for how the money is spent.

I understand that some in Congress are working on these ideas. None of the above ideas require a massive increase in bureaucracy, regulations or the costs associated with complying. The ACA simply is a massive wage and price control project. In the 70's, Nixon tried wage and price controls and, of course, they didn't work. The Soviet Union and its former satellites were the premier laboratory
for wage and price controls. Human nature will find a way around them. Individuals need to be allowed to make their own decisions, not government planners. The free market works.

Like the system before it, the ACA is full of special deals and benefits for the politically connected. We need solutions that benefit everyone equally. If we can offer solutions and show the public how they can work, people will listen and accept. That will be a refreshing change from the snake oil that has been peddled for the last four years. 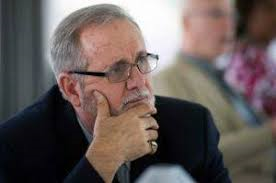 Some sincere citizens in Morgan County have written letters to the editor and also have contacted me, asking me to sponsor legislation to allow West Virginia unilaterally to impose term limits on our federal legislators.

Although I support term limits on all elected officials and have responded in great detail to those inquirers, it probably also is prudent to point out that, among other judicial findings of fact in multiple other jurisdictions, the United States Supreme Court ruled in 1995, that, in the absence of a Constitutional amendment, neither the States nor Congress may impose term limits on elected federal officials.

This decision upheld a 1994 ruling by the Arkansas Supreme Court on the same issue.

Those who wish further information on this issue may do their own research.

Meanwhile, as a state legislator, I have introduced legislation and will continue to advocate on behalf of term limits for our elected state officials.

The following letter to the editor recently was published in a local newspaper:

Dear Editor,
Larry currently represents District #59 (Berkeley & Morgan counties) in the West Virginia House of Delegates. I know him and trust him to continue to do the right thing for West Virginia and the Eastern Panhandle. He understands the U.S. and state constitutions and believes laws must conform to them. He favors smaller, responsive and responsible government at all levels. The Panhandle needs Larry's intelligent, temperate and experienced vote in Charleston.
Charles A. Aston
Hedgesville,West Virginia

A Lesson from an Eight Year Old 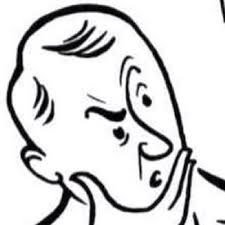 Not too long ago, the eight year old daughter of Tom and Amanda Merrill asked me about government.

She wondered why government makes so many rules that interfere so much with our right to make personal choices in our own lives.

After we talked, she simply said, "That isn't fair!".

That's why it's my personal political passion to work for individual liberty, personal accountability, and personal empowerment.