Update: Please Read & Respond to this Post's Postscript via Facebook! 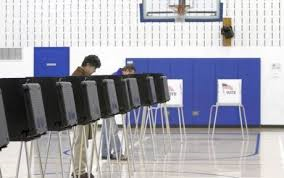 Regardless of the merits of the recently approved West Virginia Constitutional Amendment, wherein Mountaineer voters approved the borrowing of $1.6 billion for our road system, there was a deep and disturbing dynamic that also was manifest in that election.

Alas, voter turnout (about 10% of registered voters, and less than 2% in some areas) was even worse than my previous pessimistic prediction (Please see my September 20th facebook post).

Was this lack of voter interest and participation yet another indicator of an ongoing and growing lack of voter confidence in and even dismay with the elected leadership of both major political parties?

Were the upstart 2016 presidential campaigns of Donald J. Trump and Bernard Sanders early barometers of a swirling and spreading storm of citizen calumny about this leadership?

Are the majority of our citizens not only voting with their feet and walking away from our political leaders, but also now disdaining and disregarding our representative form of governance?

Where were you on election day?

Postscript: Visit www.facebook.com/LarryDKump and chime in on my October 22nd, 2017 reposting of my letter to the editor of "The Journal" daily newspaper, with your response to my question regarding the timing of West Virginia's "special elections". My inquiring mind needs to know!

Editorial note: Please see my other posts about good governance issues on this website and also on Facebook (www/facebook/com/LarryDKump). Please share this message with others, asking them to go and do likewise with still more others!