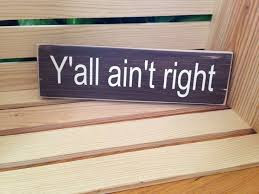 The following letter to the editor was published this morning by the Martinsburg, West Virginia Journal:

On Wednesday evening, the 4th of May, 2011, I attended the first of several public meetings put on by the WV Senate Redistricting Task Force, chaired by Sen. John Unger, (D-Jefferson).

The Martinsburg event was well attended by several senators, members of the task force from around the State, as well as several local Delegates and interested members of the public from as far away as Charleston.

Sen. Unger conducted a very open event, continually soliciting input while emphasizing that on the Senate side no new district maps have been drawn or circulated and that this was the first ever meeting of the task force.

Virtually every speaker urged the task force members to set aside politics and partisanship and focus on the needs of communities and on the population count to get as close as is possible to one-person-one-vote, as required by the Constitution.

These proceedings are only from the Senate side.

As became apparent at the event, there has been no action by the House or the House leadership to include most Eastern Panhandle Delegates.

However, Del. Tiffany Lawrence (D-Jefferson), spilled the beans when she said that Del. John Doyle, (D-Jefferson), who, she said, could not be present, had sent her documents and maps and that her "kitchen table is turning into a redistricting office".

So, apparently on the House side something is happening; in the dark, behind closed doors, on kitchen tables, and apparently whatever is happening there is highly partisan.

Why does the House not make any moves to get the crucial redistricting process out into the open, into plain view of the public, or do they not want to conduct it with public input?

It appears that if we want to be informed and included in this important process, we, the public, the voters, must demand it from the House of Delegates.

We need to put some pressure on the House leadership.

Locally, in the Eastern Panhandle, we must urge the above named Delegates to open up the process.

It appears that it will take intense pressure by the public to accomplish this.

It is a sad reality that our House of Delegates shows itself again to be a totally partisan institution led by the Majority, as if they owned the State.

My librarian friend Dana is anxious to help me be a smarter and better self-actualized legislator, so she shared this with me:

My dad gave me one dollar bill
'Cause I'm his smartest son,
And I swapped it for two shiny quarters
'Cause two is more than one!

And then I took the quarters
And traded them to Lou
For three dimes-I guess he don't know
That three is more than two!

Just then, along came old blind Bates
And just 'cause he can't see
He gave me four Nickles for my three dimes,
And four is more than three!

And I took the nickels to Hiram Coombs
Down at the seed-feed store,
And the fool gave me five pennies for them,
And five is more than four!

And then I went and showed my dad,
And he got red in the cheeks
And closed his eyes and shook his head-
Too proud of me to speak!

Postscript: On the other hand, are the above stanzas any goofier than the policies and practices of some of our leaders?